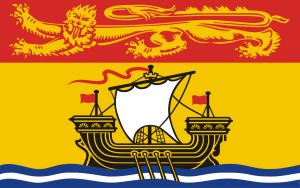 Thanks to the Association of Professional Archaeologists of New Brunswick and their recent paper at the 2018 CAAs in Winnnipeg we now have New Brunswick data permit data from 2006-2016.

The APANB provided us with the raw data they received from the New Brunswick through a Right to Information and Protection of Privacy Act (RTIPPA) request in 2017. The APANB's paper addressed commercial archaeologists' response to increasing government participation in commercial practice, not just as regulators but as service delivery providers. The raw data raises interesting questions about any lines between government as regulator and government as consultant. It echoes some the earliest manifestations of CRM field work conducted directly by provincial archaeologists in Ontario, BC and elsewhere in the 1960s and 1970s.

In those days government archaeologists weren't directly competing with commercial archaeologists on anywhere near the scale they would be today. We hope the APANB and the New Brunswick government will share news of this developing model and relate effects on commercial practice and the regulatory regime in the province.

Reconnecting with the Findlay Maps

If a project is listed on the Portal, we do our best to realize outcomes related to that project during our day-to-day. Sometimes, in chasing down one lead, we come across something significant enough that we just have to share it.

Peter Findlay and the University of Waterloo Geospatial Centre

In the 1970s, Peter Findlay was brought on by Ontario government archaeologist Bill Fox to transcribe the vegetation notes from log books of 19th century land surveyors onto county maps. Findlay also recorded notes about First Nations sites identified by the surveyors. Decades later, London archaeologist Shari Prowse together with the researchers from the University of Waterloo digitized many of these maps.

Learn more about the University of Waterloo Geospatial Centre

Covering most of SW Ontario, the Findlay Maps are accessible from the University of Waterloo Geospatial Centre. Middlesex and Bruce Counties will also be added shortly after queries by the Research Portal to Shari Prowse.

About the Findlay Maps

The Findlay Maps represent historical vegetation, soil and First Nations notations from 19th century land surveyor log books on county maps of southwestern Ontario. The maps identify swamps, dominant forest and stands of trees based on lot and concession. The London archaeologist who commissioned the maps, Bill Fox, was interesting in correlations between vegetation types and archaeological site potential. What made the notes so useful, was that 19th century surveyors recorded tree stands for a booming forest industry. Pine in particular, was in heavy demand in both British and American markets. Local governments used the surveyors' notes to support their lucrative timber licensing system (see works by J. David Wood for more information about early settler land-use). Individual surveyors also noted Indigenous land-use including agricultural fields and cemeteries. Bill Fox, was interested in how these early vegetation references corresponded with archaeological sites. Pine, for example, is suited to elevated, drier soils typical of the knolls and ridges commonly associated with archaeological site potential. This possible correlation, together with the Indigenous land-use notations, made surveyor notes a valuable resource for archaeological investigations. When the Findlay Maps were first drafted in the 1970s, the London Archaeological Office of the Ministry of Culture, Tourism and Recreation was still in its infancy. As commercial archaeology in SW Ontario expanded during the 1980s and 90s, the London office became a hub for information and artifacts. The Findlay Maps, were easily accessible during this period as the London office maintained an open door policy for archaeologists. The 2000s signaled the beginning of a period of introspection for the provincial archaeological division, their London office moved to Highbury Avenue, the doors no longer as open. Simultaneously, new geomatics technologies, like GPS and GIS, were becoming more commonplace. An efficient Stage 1 Background Study no longer included a visit to the London office and the Findlay Maps were largely forgotten. Almost twenty years later, the current resident London archaeologist, Shari Prowse has coordinated with University of Waterloo researchers to digitize these important resources. Easily accessible once again, the Findlay Maps should return to common usage during archaeological background studies.

About the Research Portal

A means to connect researchers and communities and to disseminate the results of their collaboration.

11May 2018 by Josh Dent No Comments
Uncategorized 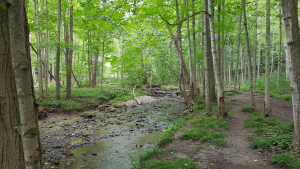 2018 CAAs and PEI and Alberta Data

Well we've been a bit tardy getting our first blog post out this year but it's not as if we've been slacking!

Some of you may have already noticed the CAA Programme Page growing in size. We have a few more uploads to make before we have almost all of the programmes available dating back to the 1970s. Big thanks to Joanne and Keith Braaten for acquiring and scanning these programmes and helping to create this invaluable resource.

Josh attended the 2018 CAAs in Winnipeg and talked about the Research Portal initiative. He was also able to connect with several of our provincial data contributors and put some faces to the names we contact annually. It's great to see provincial and territorial regulators at the CAAs and other archaeological conferences as they provide an important perspective to heritage management conversations.

Speaking of which, we are grateful to Alberta and PEI for providing 2017 permit numbers. The data has been updated and the pages have been converted to the new streamlined format.

We hope to have more data available in the coming months.

About the Community Organization

The City of London’s Heritage Planners support the conservation of London’s cultural heritage resources, including seven Heritage Conservation District, municipally-owned heritage properties, and archaeological resources in London, Ontario. The City of London provided in-kind support of this project in the form of staff time spent reviewing and implementing the new historic layer.

Learn more about this organization

John Moody is a doctoral candidate at Western University and the GIS Manager with Timmins Martelle Heritage Consultants Inc.

Learn more about this researcher

Media from the Project

"Land identifying a portion of a Concession within a Geographic Township. The townships, concessions and lots comprise the original township fabric of the Province."

In 2017, during the Research Portal testing, Heritage Planners with the City of London identified their need to integrate historic lot and concession spatial information into their ArcGIS platform. The proposed project would digitally reconstruct the historic lots and concessions used to delineate property prior to the implementation of the municipal lot system. This system would streamline elements relating to historical research for property evaluations and designations under the Ontario Heritage Act. The Portal's network of academic and commercial contacts indicated that such information already existed, although its location was not well known.

This project, such as it was a project, revealed the potential for the Portal to provide outcomes through an organization communicating a need and networking with researchers capable of quickly fulfilling that need.

About the Research Portal

A means to connect researchers and communities and to disseminate the results of their collaboration.

The recent release of Ontario 2016 PIF numbers has allowed us to update our own information. We had also been waiting for Ontario’s numbers to release the Canadian totals (based on what we’ve gathered) for 2016.

08May 2017 by Josh Dent No Comments
Uncategorized

Thanks to Sean Weseloh McKeane and Sam Bolton with Special Places, Nova Scotia we now have permit totals and permit types for the province from 2000-2016. Cheers!

For those of you attending the Canadian Archaeological Association Annual Meeting in Ottawa-Gatineau this week, the Almanac will be presenting its latest data, pitching the new site and talking about the road ahead. Come check us out Friday, May 13th at 10:00 am in Héritage B. Contributors Matt Beaudoin and Josh Dent are also presenting across the hall in Héritage A at 9:00 am and 9:40 am respectively the same day.

Hope to see you there!

We are happy to announce that the following regions’ data are now present in the new format:

The remaining regions (Manitoba, New Brunswick and Nunavut) do not have sufficient data and will be held back until we can get access to this information.

New data includes Newfoundland and Labrador numbers and permit breakdown and 2016 numbers for many regions. We have also updated the total Canada permits numbers with the best available information up until 2015.

Many thanks to the assistance from the provincial and territorial governments!

Right now the site is a work in progress. If you’re looking for the original site you can find it here: http://almanarch.blogspot.ca/